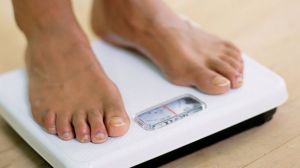 If you work with people on a regular basis, chances are that you have received criticism. Certain occupations and jobs seem to be more prone to criticism than others.

I have rarely encountered anyone who likes criticism, but if we want to grow and become better, we need to acknowledge our own shortcomings and learn how to receive criticism. But how do we do that? How do we wade through the criticism that comes? Is every criticism that is lobbed at you worthy of your time and efforts? Is all criticism created equal?

As I’ve heard others talk about criticism, one of the key factors to take into consideration regarding feedback is the weight of it. In other words, there should be some kind of system that you can use to measure the weight of criticism and feedback that you receive. What is the source of the feedback/criticism? Is the feedback/criticism consistent with other things that you have heard? How reliable is the source from which you have received it?

How about the source of the feedback/criticism? If the criticism has not come to you anonymously, what do you know about the source? Is it someone that you respect? Is it someone that other people respect? Have they been an advocate for you and for your organization? Are they on board with your mission and vision? Are they mostly supportive of the things that are going on around them or are they constantly criticizing and offering unsolicited feedback?

When it comes to the source of feedback, it’s extremely helpful to have others around you who can speak into those sources. If you aren’t aware of the reputation of the source yourself, do you have someone else whom you trust and respect who can give you more insight into that person? Do you have multiple sources who can attest to the personality and integrity of the sources of feedback? If not, it’s in your best interest to find those sources. It’s hard to take an objective viewpoint, especially when it comes to feedback/criticism, so having someone else who doesn’t have a dog in the fight is very helpful.

Is there any truth to the feedback/criticism? This is something that I consider regardless of whether there is a name attached to it. I will even consider anonymous feedback if it seems that there is a valid point or if I have heard the same feedback/criticism from multiple sources. It doesn’t make it better that it has come anonymously, but if it’s not the first sign of that criticism, it will make me pause to consider it. Again, this is an area where it is very helpful to have some objective sources around you whom you trust and respect.

As I have received feedback/criticism over the years, there are certain people whose feedback weighs a lot. Those people are the ones who I’ve established relationships with or who have established themselves as people of integrity and character, people who are on board with the mission and vision of the organization and are not ones who are simply looking to find the grey lining in every silver cloud. I have encountered many people like that who are not ones to often speak, so when they do offer feedback/criticism, I will often perk up my ears and listen as I know that the words that they will offer will be valuable and helpful.

At the same time, if someone has a reputation for constantly barraging you and other staff with feedback/criticism, you might want to consider the weight of that feedback/criticism. Chances are pretty good that there might be something lying beneath the surface that needs to be mined, something that might be causing some unrest in them. Proverbs 20:5 says, “The purposes of a person’s heart are deep waters, but one who has insight draws them out.” Sometimes, you might need to dig to find out that the feedback/criticism is more surficial, revealing some underlying discontent in a person. It takes patience and sensitivity to do that and it’s an area where I can continue to grow.

Feedback/criticism isn’t easy to receive, but when you have a method for weighing it and when you have reliable sources around you that can help you wade through it, it can be incredibly beneficial for growth and further progress. While I haven’t always liked the feedback/criticism that I have received, much of it has been beneficial to me and I’ve been grateful that someone took the time to offer it to me.